Got a Minute? Then Big Teeth Small Shorts Film Festival is for You


Throughout history, storytellers have been a valued member of a community.  Whether passing down traditional stories over a winter fire in a tribal wigwam, creating a fictional world on the written page, or translating a story to a video format, storytelling is a valued skill.  But imagine being able to convincingly tell your story in under 60 seconds.  Now that is a truly unique talent.  On a cold evening in the backroom of a Ravenswood micro-brewery, attendees of the second quarterly live screening of the Big Teeth Small Shorts Film Festival were treated to a panoply of talented short form visual story tellers.

The Big Teeth Small Shorts Film Festival is a quarterly showcase of great films from all over the world, each under five minutes in length.  The festival has a mission to give emerging filmmakers a platform in a way that celebrates very short form storytelling.  BTSSFF focuses exclusively on micro shorts (60 seconds or less) and small shorts (1-5 minutes).  Films are judged by a jury of industry professionals that look for powerful and innovative ideas, creativity and quality.

Over 130 films from were submitted to be considered for the BTSSFF’s Second Quarterly live screening.  Jury members whittled this down to 16 micro short films and 14 small short films to be featured.  Filmmakers from United Kingdom, Japan, Germany, Canada, Australia, Netherlands, Spain, and Thailand were represented as well as films from throughout the US.  The January 30, 2020 live screening was held at Empirical Brewery and was sold out.

“The fest is both filmmaker and audience driven,” explains BTSSFF Founder & Director Gregg Jaffe.  “Our hope is to give voice to new filmmakers, as well as share great ideas of more accomplished artists, by curating a show that offers variety in style, tone, format, genre, etc.  You’ll see filmmakers from all parts of the world, different genders, races, and ages.  You will 100% see something different from anything you’ve ever seen before.”

Another goal of BTSSFF is for local screenings to be a place where film lovers and filmmakers of all levels can meet, network, and be inspired.  The recent Second Quarterly screening definitely achieved this goal.  Under close supervision by two Empirical Brewery cats, attendees enjoyed some awesome craft beers and free popcorn while discussing their favorites before and after the live screenings.

Several of the filmmakers were present for the live screenings to discuss their films.  New York-based writer, comedian, filmmaker, and sex icon, Molly Clark traveled to Chicago to support her small short film. Martin the Sea Turtle.  In the film, Martin (played by Clark in a turtle outfit) recalls how he turned his traumatic discovery of being allergic to sea water into a thriving present working at a local resort.  This film is clever, funny, and leaves you wanting to learn more about this talented artist.

Representing the Chicago scene, writer, producer, director, and filmmaker Emily Ember was present to support Window, a 60 second micro short she co-wrote and co-produced with Zach De Nardi.  “This is our first film. We actually decided to make Window with the goal of submitting it this festival.”  In Window, Ember and De Nardi successfully squeeze a classic suspense story into a 60 second black and white micro short.  After watching this micro-short, you will have the urge to check your window locks.

The BTSSFF will return to the Empirical Brewery on April 29, 2020.  for their third quarterly screening.  You can learn more about this festival, including screening times, at www.bigteethsmallshorts.com.

Popular posts from this blog 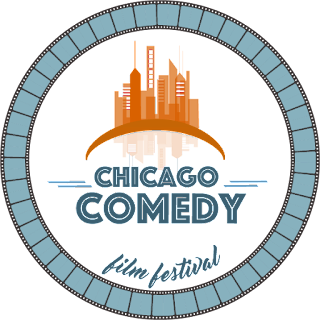 From April 5-7, the 9th Annual Chicago Comedy Film Festival (CCFF) debuted over 85 short comedies.The festival showcases films that range from low budget to studio quality, championing strong voices in comedic storytelling.CCFF’s mission is to support comedy as a vital and influential art form.For nearly a decade, CCFF strives to provide a vibrant platform for creatives from around the globe to network, share ideas and inspiration, collaborate and more. Through the years, several films that have played this festival have gone on to distribution, Netflix, or other platforms.
Throughout the festival, venues were packed with filmmakers, friends, fans, and supporters of indie films.There were Q&A sessions with the filmmakers at the end of each session.In between showings, viewers discussed their favorites prior to casting their votes for the audience choice awards.
I came to the festival to see The Great Chicago Fire by student filmmaker, Bethany Berg.The 12-minute comedy did not disapp…
Read more

With The Wrong Kind of Women, Naomi McDougall Jones Makes the Case for Gender Parity in the Film Industry 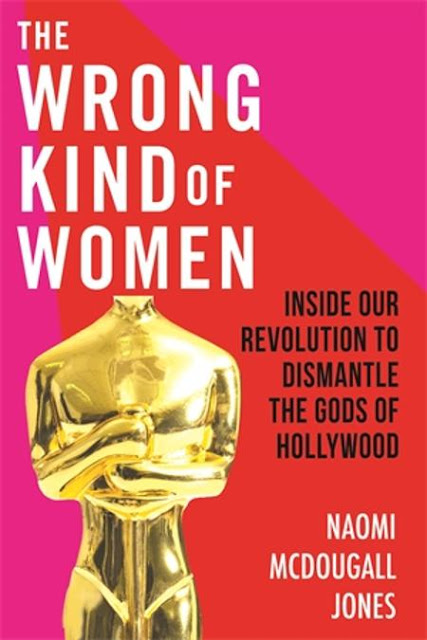 The day the nominations for the 2020 Academy Awards were announced was a frustrating time for Naomi McDougall Jones.The actor, screenwriter, and award-winning independent filmmaker (Imagine I’m Beautiful (2014), Bite Me (2019)) has long been an advocate for gender parity in the film industry.Her TEDTalk, What It’s Like to be a Woman in Hollywood, has been viewed over one million times.Jones was disappointed, but not surprised, that not one woman was nominated in the Best Director Category.

“The all-male directors nomination knocked the wind out of even me,” Jones says.“The fact that the top four nominated films are so blatantly, not only by and about white men, but they read like a bad punchline to a joke. It’s unbelievable.”In the 92-year history of the Academy Awards, only five women have been nominated for Best Director.Only one, Kathryn Bigelow has won (Hurt Locker).
Despite her frustration, Jones is continuing to lead the revolution she outlined in her TEDTalk.Her book, The Wrong K…
Read more